Miami we are so happy to bring our concept to treehouse Miami, its time to do what you love, save the date and get ready to be happy Aqui with us on may 31th with Special Guests.

0riginally from Venezuela recently relocated in Barcelona (Spain), has been working with the electronic music scene in his home country since the early 2000’s. By 2011 left his home-country and got reunited in Barcelona with his fellow partner Emidio Falconi aka “Baffa” giving place to their actual duo project called “Moreon & Baffa”. They immediately started to create music, sharing their own vision of techno & house genre.

Moreon its known for exposing a unique “avant-garde” music selection since more than a decade, step by step building a serious reputation as a fearless architect in the art of DJing and also as vinyl librarian. has played for the infamous Boiler room brand, Mobilee parties from Anja Schneider and an unparelled list of club in barcelona.

By 2018 he released works in labels like: Visionquest, Berg Audio, Subwax BCN, Social Experiment, No.19, and their own vinyl imprint BUDARE.

Bring the vibes, we will do the rest!

Good House Is global is proud to announce the great achievement of Bryan Sanchez from the Do Not Disturb Family as they take over one of the most notorious night clubs in the east coast and the world.
This Saturday  26th of August Strangers + Friends Party  are featuring Brayan Sanchez representing Venezuela at the mecca of UDM electronic music.

Today history will be made today as Bryan Sánchez debuts at Space Terrace – Voted #1 Dance Club !! with the No Creo En Nothing Do Not Disturb Rave Lifestyle crew!

Venezuelans around the world claiming mountains! You don’t want to miss the party! 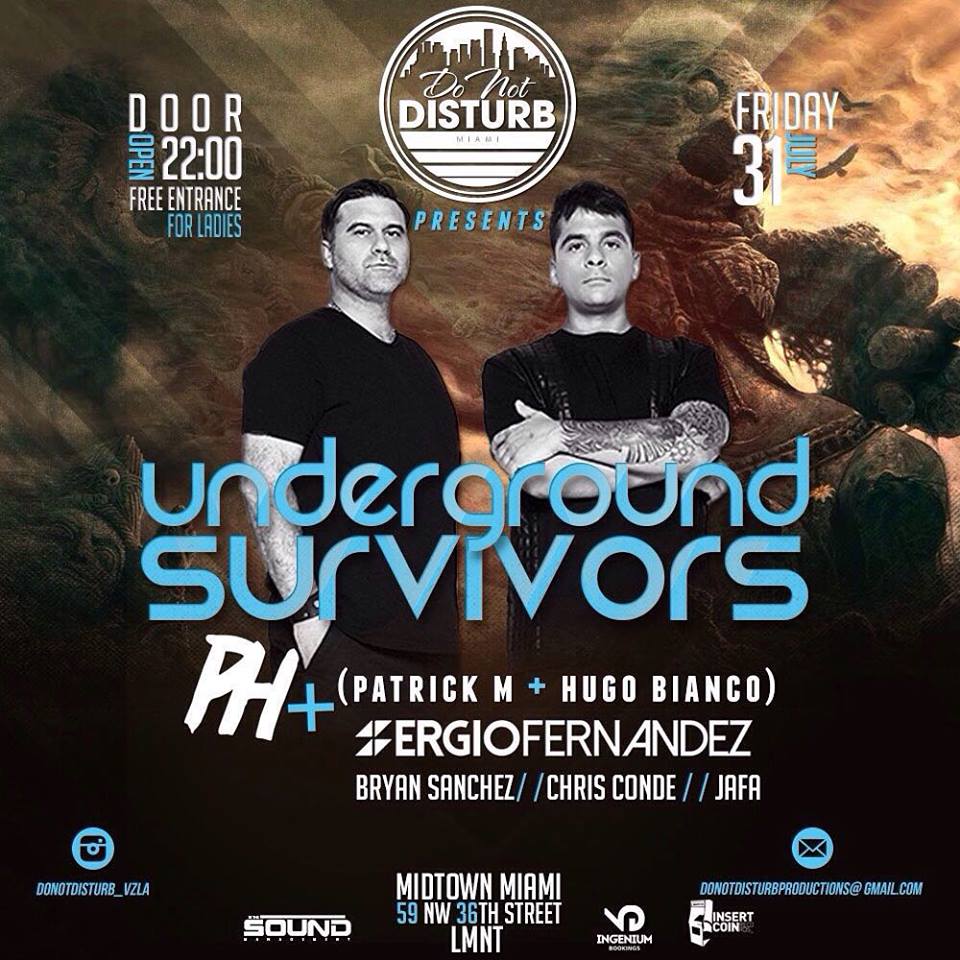 This will be an memorable night, where the music and good vibes will fill up the air. We’ll be waiting for you.

Women will have free entrance before midnight. We open our doors at 10:00pm. 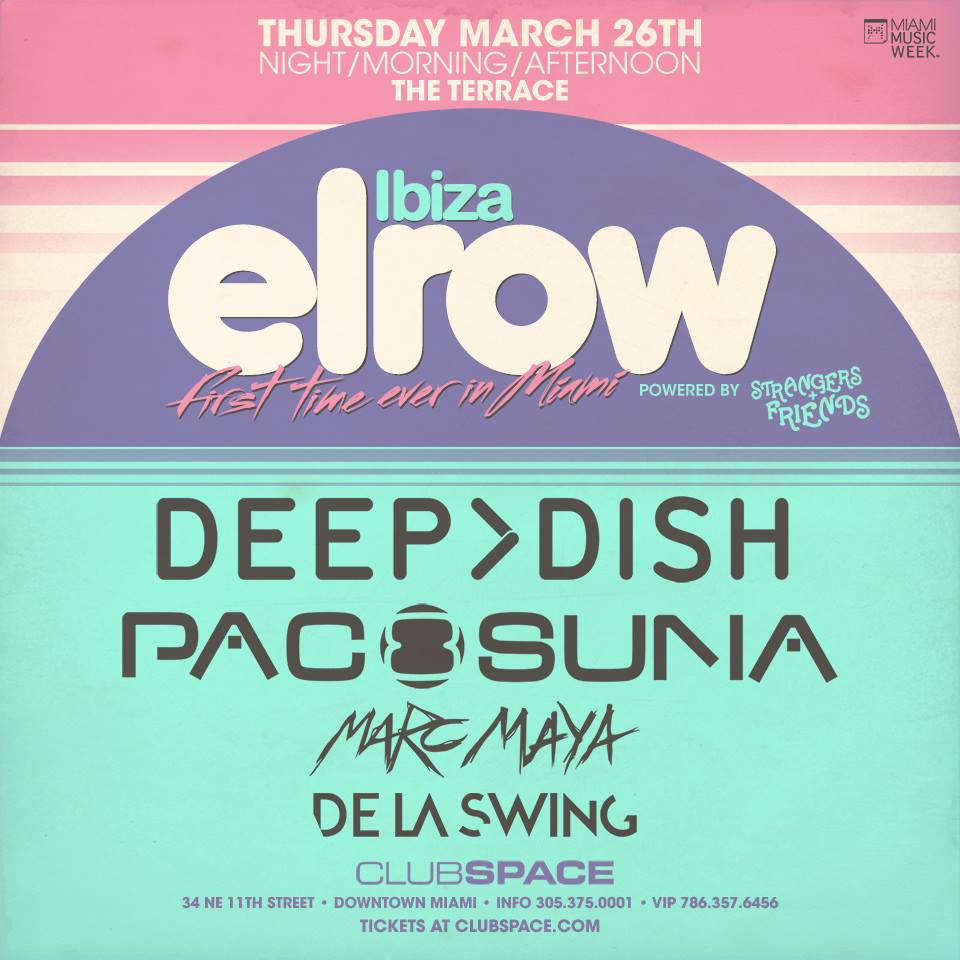 SHARE THIS PUBLIC EVENT FOR A CHANCE TO WIN A FREE DRINK!Where all my old school househeads at? *Deep Dish and Paco Osuna OFFICIAL are going to tear the Terrace down Thursday night. Club Space is gonna be insane the whole week, but this is the party I’m looking forward to the most! This is the closest you’ll get to Ibiza without leaving Miami!Before 2am tickets are currently $45ish after the discount! This is a fucking STEAL!

**Buying tickets to the Markus Schulz event will only give you access to the bottom floor of the club until his show ends!**

Coming from outside the United States? DM me here!

Broadcast live streaming video on Ustream
Here is the one in a lifetime opportunity to listen top notch  Venezuelan techno sounds that will take your Miami Electronic experience to the next level you are looking for.

Venezuelan Crew Do Not Disturb celebrates their 20th Anniversary with and all out 17 hour of non stop goodness exclusive  at the VICEROY HOTEL.

@donotdisturb_vzla wants to give you an event like no other. In a week were #Miami is all about #Music and #Entertainment we are not gonna be left behind. From 12 noon until 5 am there wont be anytime to give your body a break.
Location: 485 Brickell Ave, Miami, FL 33131
Tickets:
http://www.wantickets.com/Events/177109/Do-Not-Disturb-Pool-Party/
Tags : #Donotdisturbpoolparty #Are you ready???
#WinterMusicConference
#DoNotDisturb
More info: @DoNotDisturb_Vzla 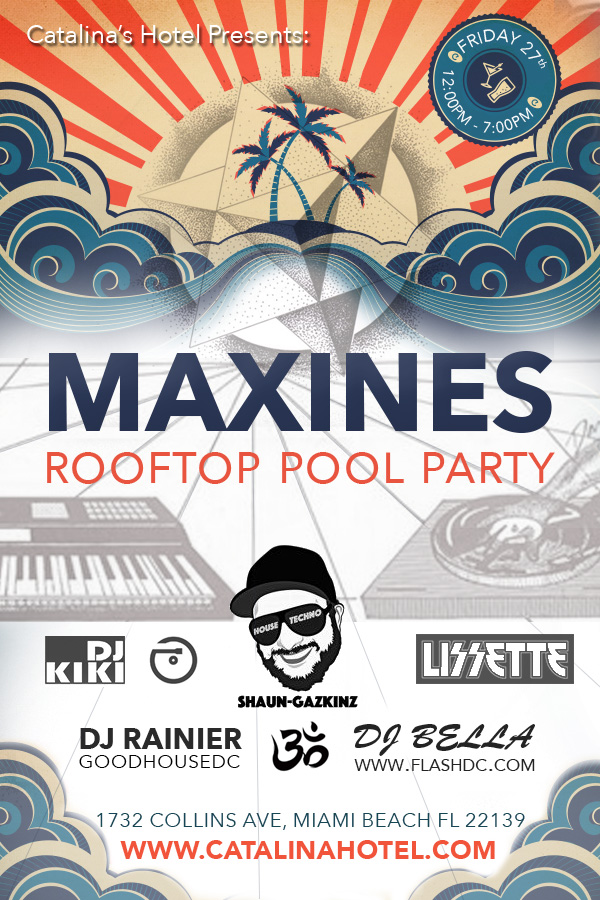 Looking for a free pool party at the Winter Music Conference 2015?

Cloudcasts by Rainier Rodriguez on Mixcloud

About Catalina:
The Catalina Hotel + Beach Club is all of this and more. With a decidedly European jet-set vibe and a splashy beach club where you can get poolside manicures and pedicures, the Catalina Hotel + Beach Club also offers two restaurants, two pools, four bars, a media library, a rooftop terrace, a Japanese Koi fi shpond and a Zen garden. In addition, the hotel boasts a dedicated library, which can serve as a meeting space for small groups. And that’s just the common area.

Located at 1732 Collins Avenue in South Beach, the Catalina offers affordable luxury and great value in a stylish and sophisticated environment. This hotel is much more than just a place to sleep, although guest rooms are equipped with Tempur-Pedic Swedish Mattresses™, 300-thread count Belgian sheets, goose down comforters and pillows; the Catalina intertwines scintillating style and harmonious sophistication.

All 190 guest rooms are equipped with Tempur – Pedic Swedish Mattresses, Masconi 300-thread-count sheets and goose-down comforters and pillows. The rooms are glazed in white and popping with hints of color with oversized bath towels and cotton pique bathrobes in the bathrooms. Suites also feature upgraded 42-inch plasma TVs and mini-bars. All guests receive access to two beach lounge chairs per day for use at the beach club and use of Catalina beach-cruiser bicycles.

The Catalina Hotel & Beach Club is an entirely non-smoking hotel. This includes all guest rooms, lobbies & bars. Smoking is allowed in outdoor spaces such as courtyards, verandas and patios.

https://www.change.org/petitions/city-of-miami-commission-keep-ultra-music-festival-in-miami
Since its inception in 1999, Ultra Music Festival has garnered millions of attendees from throughout the world to Ultra’s home in Miami, promoting the City of Miami as one of the world’s leading epicenters for electronic music and global live entertainment. In 2013, Ultra Music Festival’s economic impact resulted in an infusion of $223 million into the local economy.

Ultra Music Festival has been a launching pad of numerous prominent musicians’ careers and uniquely showcases virtually every major genre of electronic music. Some of the world’s most cosmic artists today once performed on a small stage at Ultra Music Festival. That tradition is now in peril.

Recently, certain City of Miami officials have called for an end to Ultra Music Festival at its current home of Bayfront Park in downtown Miami. In order to stay at Bayfront Park we need your support now.

The vast majority of our attendees are law-abiding music fans that travel to Miami to enjoy our beautiful weather, diverse culture and world-class entertainment. Not unlike other large-scale sporting or entertainment events, Ultra has regrettably had to contend with a few isolated incidents. Certain local politicians have capitalized on these isolated incidents to undeservedly vilify electronic dance music, its industry and its international fan base.

As a responsible event promoter, Ultra Music Festival employs best practices that are security-centered and adopts and implements significant protocol to ensure the safety of our patrons and personnel.  Each year Ultra Music Festival works collaboratively with our municipal partners, including the City of Miami, the City of Miami Police and Fire Departments, the Bayfront Park Management Trust and their respective administrative offices to ensure the safety and security of the event.  This year, event organizers and the City of Miami jointly agreed to deploy 257 police officers per day, 49 more per day than in 2013, including the following:

– The deployment of 28 additional police officers per day around the perimeter and inside the event;

– The deployment of 18 undercover detail officers, including Homeland Security and DEA officers;

– The deployment of 12 additional bike detail officers per day; and

Ultra Music Festival is conducting a top-to-bottom review of its security protocol and continues its long-standing commitment to the security and safety of its patrons and personnel.

Please sign this petition to indicate your support of Ultra Music Festival as a catalyst for economic activity and key promoter of the City of Miami’s reputation as a top entertainment and leisure destination.

Good House DC is a production company that organizes, produces and supports electronic music events in the district. Our main goal is to establish a network of music lovers, who know and thrive on good house music. Join us in supporting this creative movement by becoming a part of our group. Stay tuned for the latest and hottest in local and international house, from top charts, local venues and major international electronic music events.