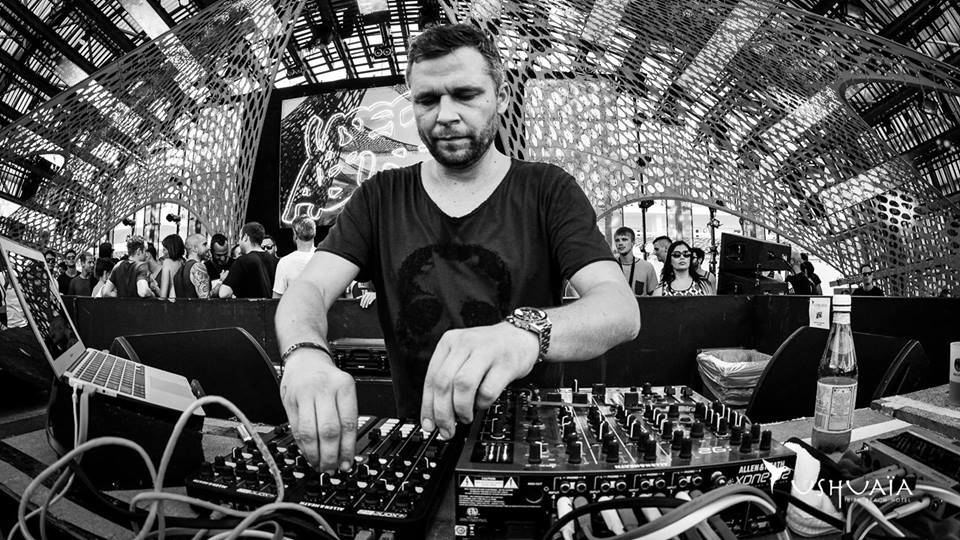 Martin Buttrich is famously as fluent behind a mixing console as in front of a virtual drum kit. That technical prowess, combined with a fascination for music of every shape, has resulted in outstanding releases on influential labels such as Planet E, Four:Twenty, Cocoon, Poker Flat, Nervous and Desolat. He’s also put his sonic thumbprint on many big ticket artists, notably receiving a Grammy nomination for a Tori Amos remix in 2003. Such diverse musical horizons are rare. While other prolific artists may have slowly watered down their music, Buttrich’s star has risen in diametric opposition. His vision has become more and more condensed, more and more crystallised. Flipping and puncturing grooves in a live setting is a snap for him, and he’s entranced audiences at festivals like Time Warp and Creamfields, at temples of boom such as Fabric (London), Womb (Tokyo), Cocoon (Frankfurt), Panorama Bar (Berlin) and Amnesia (Ibiza) and at worldwide Desolat Experience parties with Loco Dice.

A key musical partnership, with Loco Dice, begun in 2002, undoubtedly inspired Buttrich to delve deeper into the musical histories that first lured him towards after-dark melodies. In a short space of time they’d built up a deep discography creating an era-defining sound in the process. They spent more than half a year living in New York in 2006/2007, with half of Buttrich’s studio set up in a rickety hideaway in Brooklyn that looked out over Manhattan’s vistas. Between late night production sessions and snowstorms, their Desolat label came to life.
Having his debut solo album Crash Test released on Desolat in early 2010, Martin Buttrich is taking his vision to the road, fusing wild imagination with solid musical architecture, cherry-picked inspiration with true perfection of his musical craft.

Since then constantly on tour, in 2011 Martin Buttrich still has dropped a remarkable collection of music – productions like “Fire Files” EP on Desolat or remixes for Marco Carola and Lee Curtiss amongst others.
Currently based in LA, Martin Buttrich is working on his second artist album and a jazz project called The Stoned Autopilot.
Stay tuned.