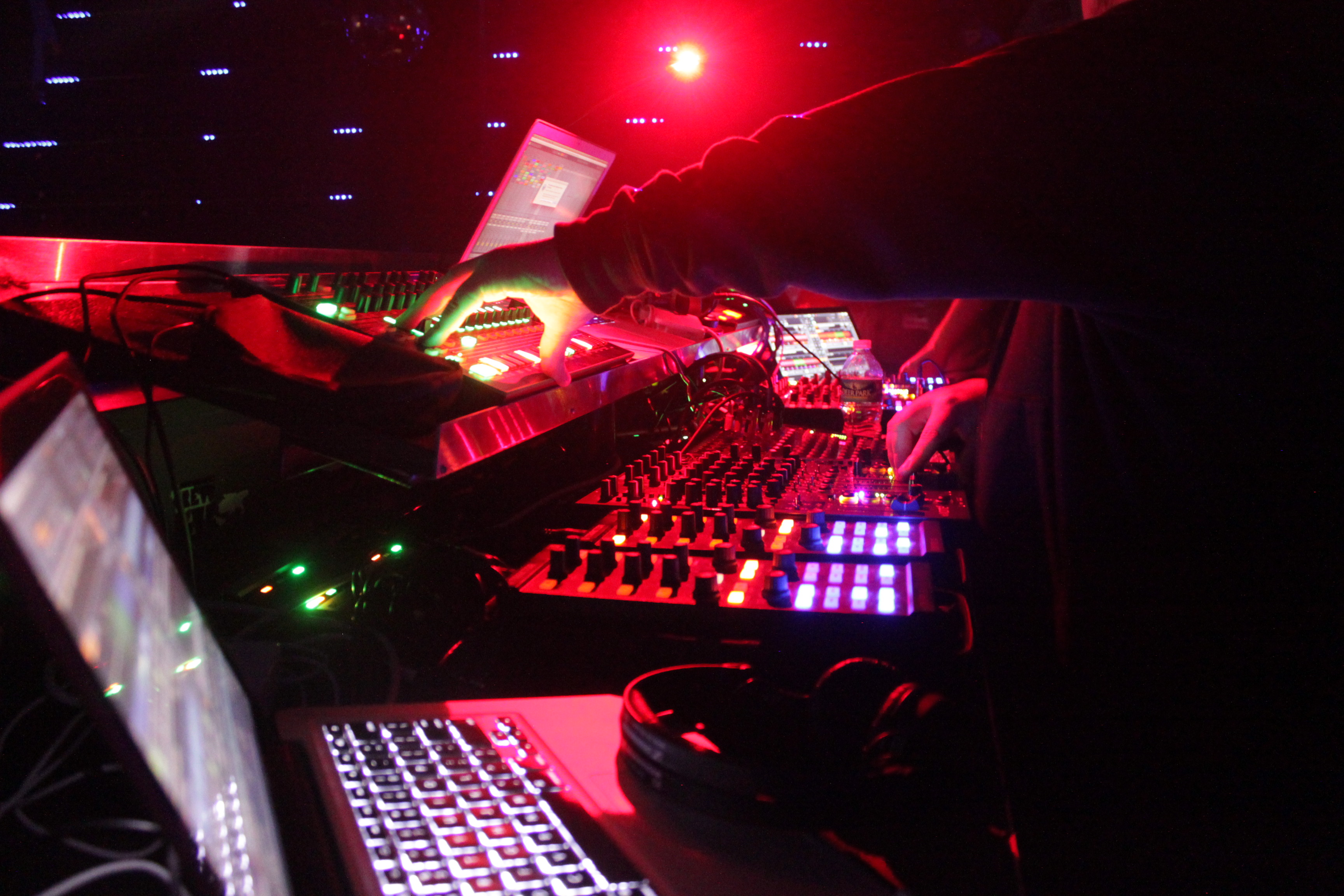 AUDIO INJECTION:
After being introduced to electronic music back in the early 90’s in Los Angeles, David Flores was hooked. At the age of 15, he started DJing at all over Southern California at underground warehouse parties, desert parties, and massive raves. His style then was as varied as the local scene – a myriad of sounds ranging from house to acid to techno to hardcore.

After a few years on the DJ circuit, he began releasing original music , which landed on labels such as Monoid, Stimulus, 4 Track & LA label Droid Recordings. His association with this local label and event production group Droid Behavior began in 2003 and continues 11 years later where you can still find him as a resident at the infamous Interface warehouse parties alongside Drumcell and Raiz. In addition to Droid Recordings, a full schedule of releases and remixes have proceeded on CLR, Sleaze, Electric Deluxe, 50 Weapons, Theory, and Blankcode.A rigorous international tour schedule has followed, including included stops at the most prestigious venues and events, including Berghain in Berlin, Fabric in London, The Movement Festival in Detroit, Womb in Tokyo, and Output in New York.

In early 2011, he started a project called ‘Truncate’ which focuses on the deeper, more raw side of techno. His Truncate releases have been gain support from big players such as Modeselektor, Ben Klock, Marcel Dettmann, Chris Liebing, Speedy J, DVS1, Luke Slater, Ben Sims and many more.

DRUMCELL:
Drumcell was born as Moe Espinosa in Los Angeles’ San Gabriel Valley. Far away from the glamour and glitter of Hollywood, he cut his teeth growing up in a vibrant, culturally diverse neighborhood that still breeds inspiration for his work. San Gabriel Valley is also where he and the Raíz brothers, Vangelis and Vidal, met and founded Droid Behavior in the early 2000s which lead to the infamous Interface warehouse series.

Drumcell has played at numerous prestigious venues worldwide, from Berlin ́s techno mecca Berghain to the main stage of the Movement festival in Detroit. His label Droid Recordings and his own releases have captured the attention of many of the world’s top Techno jocks. From here, Drumcell is ready for a whole new chapter of what he is best at and what matters most to him in life – the manifestation of truthful emotions in futuristic sonic concepts.