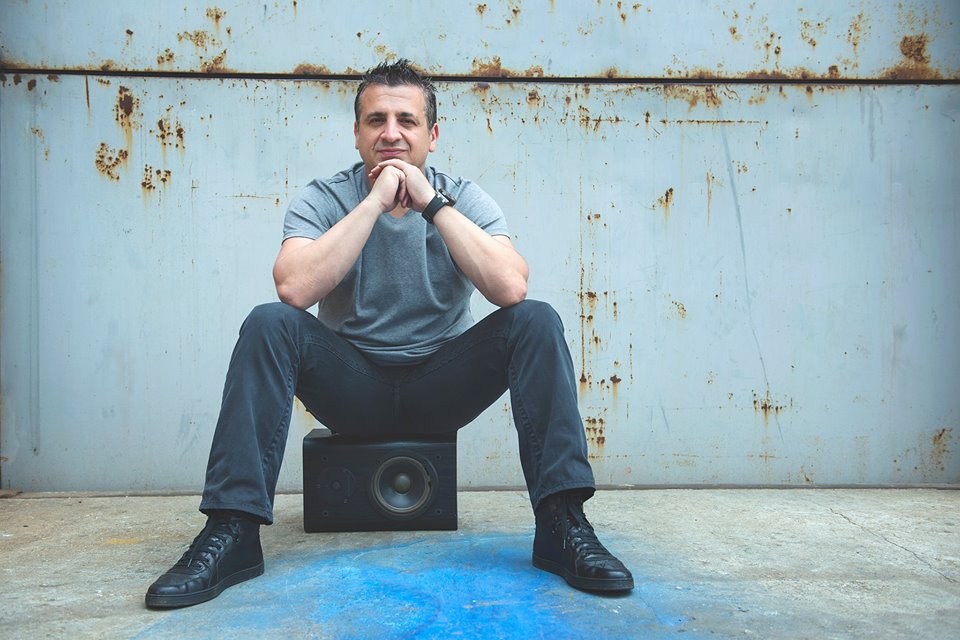 The rich heritage of New York nightlife is focused on the figure of the resident DJ: The homegrown jock that puts down roots in a single venue, bonds with its crowd, and explores the limits of a DJ set with his faithful. The DJs who flourish in this demanding environment go on to become folk heroes, not only in New York, but all over the world (see Larry Levan, Danny Tenaglia, Junior Vasquez).

DJ Boris started his ascension to these ranks in 2004, when the native of St. Petersburg, Russia took up residence at New York super club Crobar. It was the culmination of years of workhorse gigging at almost every club across the Big Apple. But it was more than that too: It was a movement that has shown no signs of fading.

Boris (birth name: Boris Inzhin) started moonlighting as a DJ while taking classes at the Institute Of Audio Research in New York. With a metronomic mixing ability and a penchant for expansive, groove-based power-house music, the jock quickly found work both in DJ and production booths, playing at clubs like Exit, and Roxy, and remixing artists like Janet Jackson, Jewel and Gloria Estefan. In 2002, his mix of Pink’s “Get This Party Started” hit No.1 on the Billboard Hot Club Play chart.

His relentless approach to bring his cult of followers the best sound and experience possible has taken his production to even greater heights. Powerhouse industry labels like *69 Records, and Stereo Productions have wasted no time in signing Boris projects to their labels. Dancefloor missiles like “Automatic,” “Everybody Tweakin’,” “Lights Go Out,” and Lisa Pure’s “Movin On” have been embraced by a culture of beat aficionados, in and out of the many clubs DJ Boris has grown to call home.

And if home is where your heart is then Boris must be endowed with a heart the size of North America. His movement has rewarded him with residencies in every major city. Now a regular on the city’s club circuit, the name of Boris started to become associated with unapologetically massive music: big drums, big riffs, huge build-ups and lots of energy. Propelled by the promise of a great party experience and by a growing affection for the approachable DJ and his humble manner, his crowd swelled. By the time Boris debuted at mega club Crobar in May 2004, his faithful numbered in the thousands, united under a spontaneously created banner: “Believe in Boris.” Boys stamped it on their T-shirts in masking tape, girls Sharpied it on their flesh, and eventually Crobar flashed it on their video screens: A battle cry for a clubber’s revolution.

While at Crobar, Boris set the 30,000-square-foot club’s attendance record (a swinging-from-the-rafters 5,400), released his first mixed compilation (aptly titled “Believe”), and started to gig regularly outside of NYC, in markets like Miami, and Las Vegas. In 2006, when it became apparent that Crobar would close, Boris uprooted and moved his crowd 20 blocks north to Pacha New York, the first North American branch of the fabled European club brand, without missing a beat. He is still a Pacha resident.

Boris’ faithful service to the clubbers of New York has been rewarded with two Club World Award “Best Resident DJ” nominations (one while at Crobar, and one while at Pacha), a DJ Times cover story, a top 5 finish in the national America’s Best DJ fan poll, and a new residency at super club Space in Miami. Add this to the already accomplished residencies he holds at Rise in Boston, Therapy in Rhode Island, as well as his regular appearances at Ruby Skye in San Francisco, 960 in Connecticut, Deko Lounge in New Jersey. He’s also become one of the reigning kings of Winter Music Conference week, throwing massive pool parties by day and after-hours marathons by night for thousands of fans. The spoils of success have not halted his enthusiastic work ethic either. His ongoing pursuit to creatively, and musically express himself to those who adore him, has no doubtedly outgrown our own country’s limited borders. With his global campaign as New York’s premiere DJ underway, believers can be found from all corners of the planet. Venezuala, Colombia, Marrakech, Barcelona, Madrid, Ibizia, London, Montreal, Mexico, and Toronto have all been blessed with his energetically extreme beat orchestration. Boris and his team are currently planning the release of his fourth mixed compilation, and a series of European, and South American dates to compliment his tremendous ability in the studio.

So world, New York wants to know: Are you ready to believe in Boris?

Raised in Philadelphia and based in Washington DC (USA), ZENBI has arrived as a permanent fixture among the house music scene’s international elite. With newly-minted residencies at several of the hottest dance clubs in the world, and a string of chart topping releases on some of dance music’s most prestigious labels including Pacha Recordings, Great Stuff, Hotfingers, 303 Lovers, Stereo, Skint, InStereo Recordings, and Twisted among others, Zenbi continues to work hard to refine and perfect his soulful, tribal-infused sound.