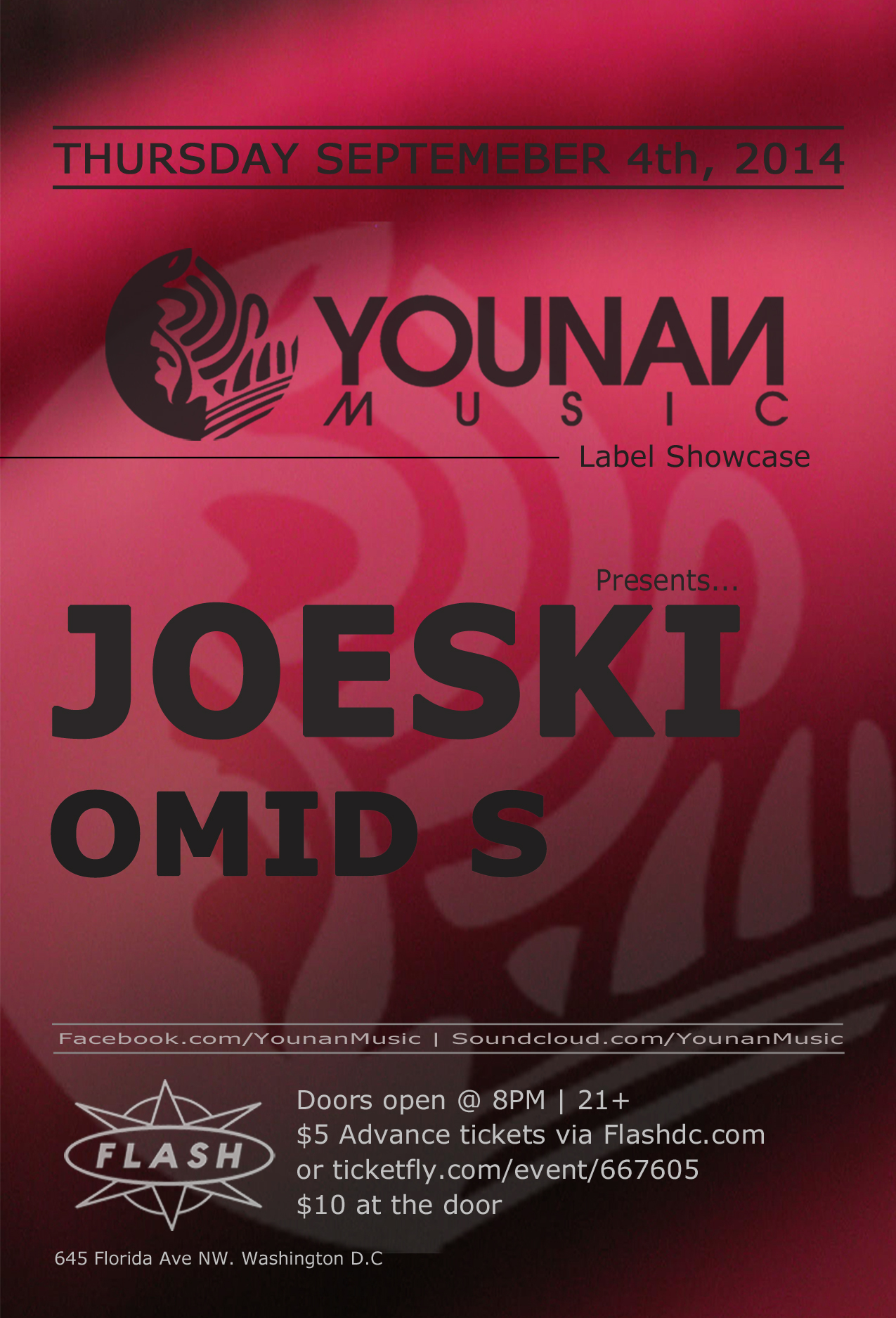 Younan Music takes over Flash for a label night, showcasing talent from their deep and diverse roster.

DJ JoeSki was born in Brooklyn NY, and raised in a highly diversified and urban neighborhood in Corona, Queens, growing up a short ride away from the New York City Underground House scene. In 1991, JoeSki was booked to play at NYC Wunder Bar. Located in the heart of crowded Manhattan, where tall buildings lined the street and hundreds of people waited outside of the front of the club; where promoters used thick velvet ropes, guest lists, and bouncers to control the crowd of people waiting to be selected to come inside for the night. The demand to get into a an exclusive house club was then insatiable.

Over the next few years JoeSki began to build a career domestically, and became one of the founders of “The Chocolate Factory.” His career buoyed by historical NYC clubs such as The Limelight, Tunnel, Palladium, and NASA. JoeSki then hooked up with DJ Keoki, after which they played together at the infamous East Village after-hours club Save the Robots. Shortly after, he accepted a residency at “Together” party Friday nights at the Roxy, where he was privileged to play alongside America’s finest DJ’s including Danny T, Little Louie Vega and Roger Sanchez.

International bookings started to flow, and he began a residency at Groove Society in Montreal. He returned home to build a studio in the late 90s,and worked hard at distinguishing himself as a producer. In 2000, Joeski came out, roaring, with a series of tracks and remixes on Siesta, Junior Boys Own, Ministry of Sound, Tango, Electric Soul and more.