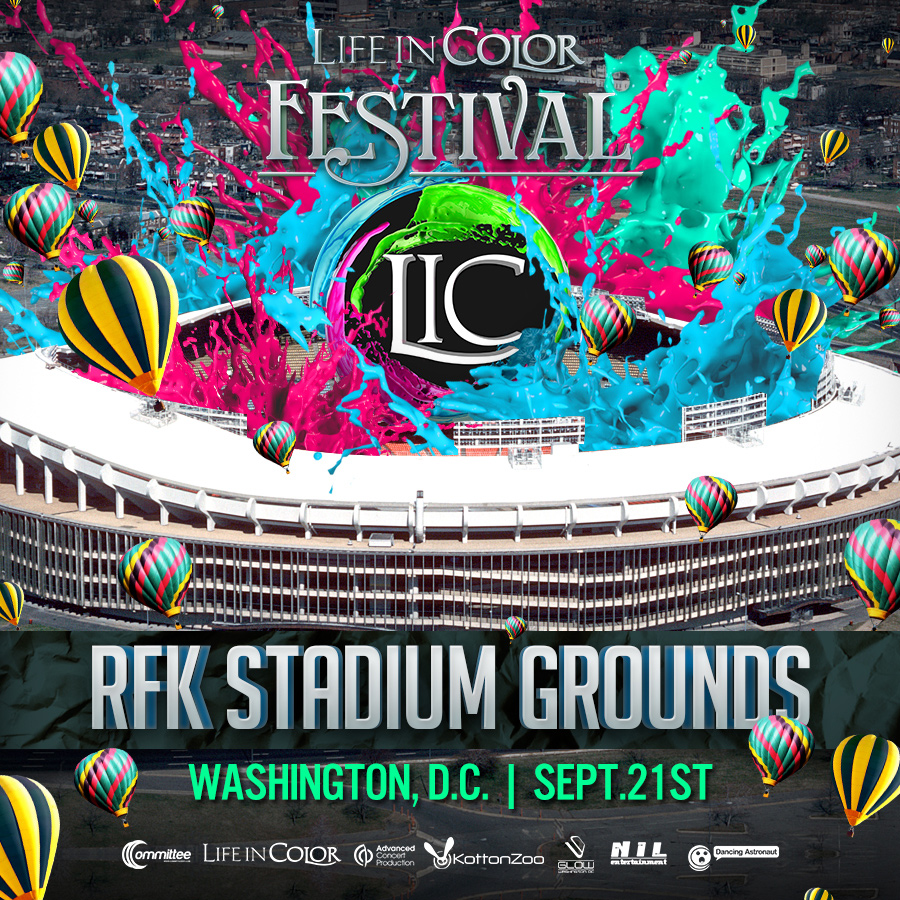 Life in Color (formerly Dayglow) brings its first-ever festival and largest concert to date to Washington, DC on Saturday September 21. Expect massive DJs, 10′s of thousands of fans and a million billion trillion gallons of paint! We brought you the largest Dayglow ever in September 2012. It’s time to Glow harder or Glow the f*** home!