Alfredo Mena was born in Caracas, Venezuela.  At the age of fifteen he began his career as a Disk Jockey in one of the most prestigious mobile discoteks from the 90’s  called “The New York People” where he gained popularity by blending sharp mixes with three MK2 turntables at the same time.  This solid foundation on live remixing quickly lead him to be known as one of the best DJ’s from

Later he becoming a resident on one of the  hottest party radio station of  Venezuela Hot 94 on the show “De Rumba 94” where Mena was able to show to masses his true infatuation with sound combining deep Latin grooves with classic melodies riffs from the 90’s
that would hook the dance floor for decades.

Naturally he evolved into his musical journey by becoming a producer,  falling deeper in love with the creation of his unique sound. Mena got the attention of major  respected European Techno & Deep House labels. 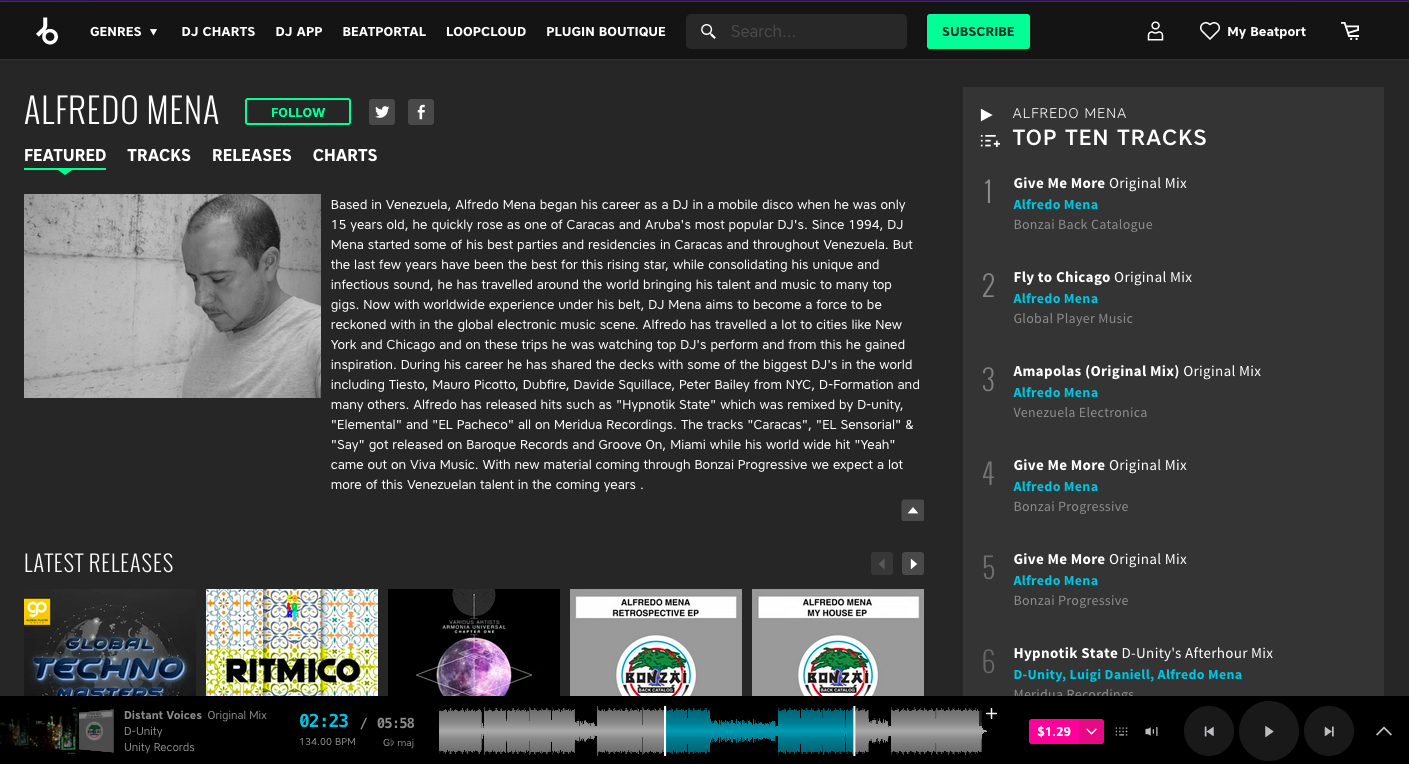 His versatile productions have landed him major headlining shows Miami’s infamous Winter Music Conference at Space with Venezuelan  Space resident Lazardi  for the release of the track Veneno.