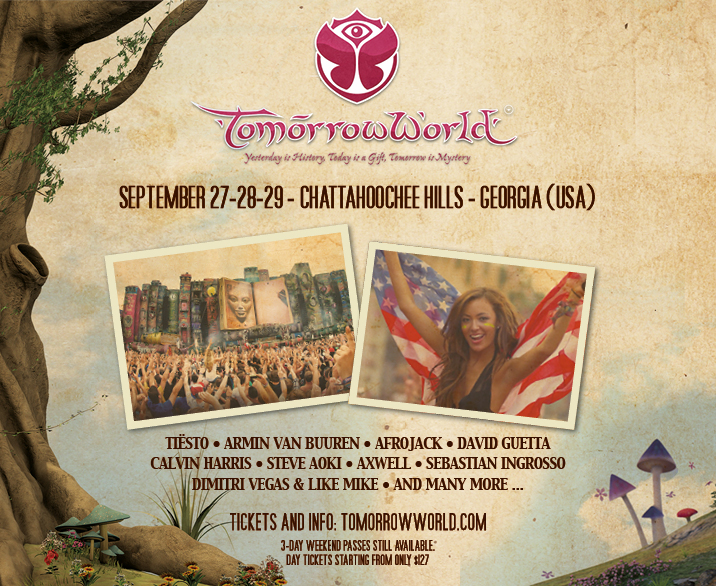 TomorrowWorld is the first international edition of Tomorrowland, the world’s most popular electronic music festival, held in Belgium each year. TomorrowWorld is a 3-day festival delivering innovative and immersive experiences with mindblowing décor, enchanting acts and animation, A-class camping, cozy cocktail bars and gourmet food. TomorrowWorld marks the first European festival of its scale in the USA and the first to set a minimum age of 21.