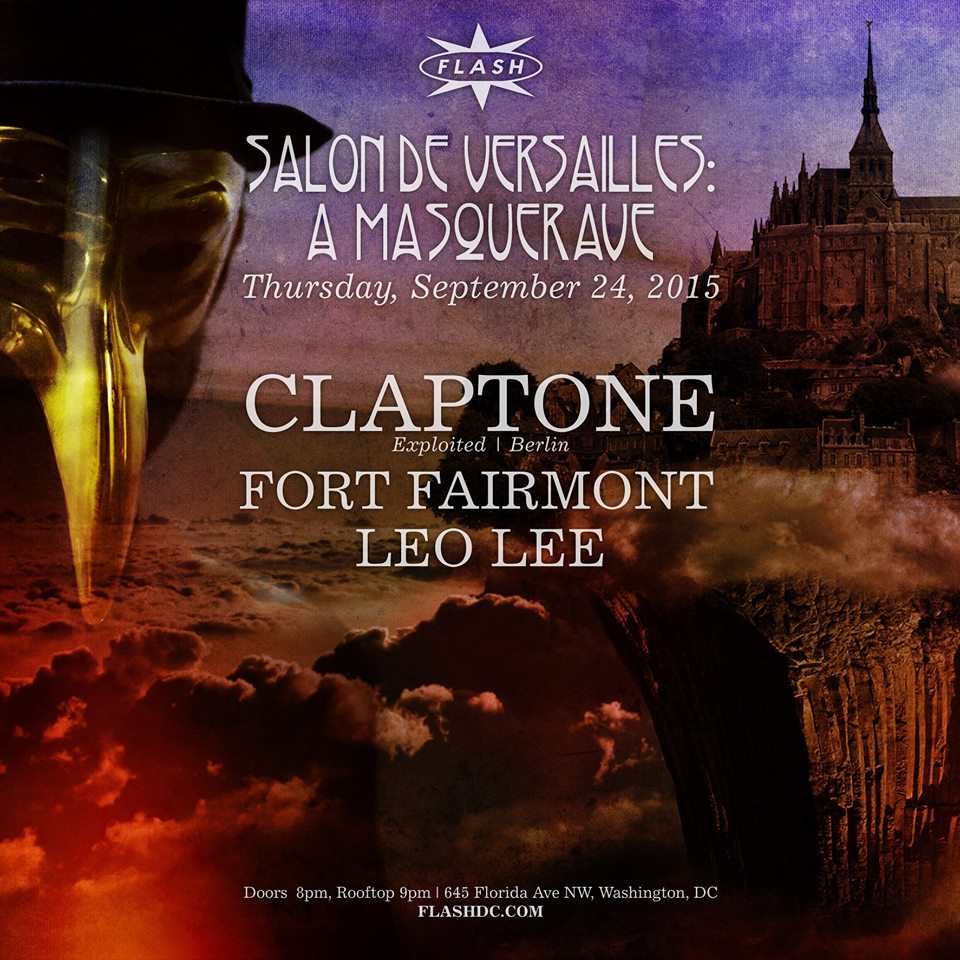 Enter Salon de Versailles: a Masquerave hosted in our own gilded palace and featuring the sounds of Claptone, Leo Lee and Fort Fairmont. ESL’s DJ Provoke and everyone’s favorite cherub, zacheser are at the controls in the bar. All masked revelers will receive a complimentary glass of champagne with entry. Indulge yourselves.

By now we all know that 2012AD proved to be a year dominated by Claptone’s infectious ‘Cream’ track. It became an immediate hit, topping new world charts at Beatport and RA. In 2013 his shamanistic sonic powers really took him everywhere – the mystical figure played 200 shows in 130 cities on 6 different continents. Hot productions to bleed from this shadowy one’s lair include ‘No Eyes’ and ‘Wrong’ which both topped Beatport charts, got played by everyone, were ubiquitous across Ibiza all summer and also picked up plenty of Radio 1 plays from Pete Tong and Annie Mac. But that’s not all, because remixes of the Pet Shop Boys, The Magician and George Morel’s classic house tune ‘Let’s Groove’ also managed to capture audiences under their spell.

As for 2014AD, already it has been a whirlwind ride for this avian form as he released ‘Ghost feat. Clap Your Hands Say Yeah’ and ‘United’, which made #1 in the Beatport Deep House Release Charts. Remixes of the late great Romanthony as well as Klaxons have also got the world hot under their collar and soon they are to be treated to the wondrous thing that will be his debut album. Featuring lots of fantastic collaborations with renowned singers, it is sure to be a fine artistic statement that sums up exactly what this strange figure is all about.

Deep and woozy, the Claptone sound pairs theatre with tragedy, feel good vibes with acute melancholia and imbues each groove with a Rhodes laced funk, an organic string hook and myriad earthy elements. Up to the present day, Claptone releases have been birthed on Germany’s influential Exploited label but who or whatever Claptone is, it is alive, with a life of its own, evolving and revolving in equal measure, exploring new sounds naturally and forever taking inspiration from long gone and occult worlds.