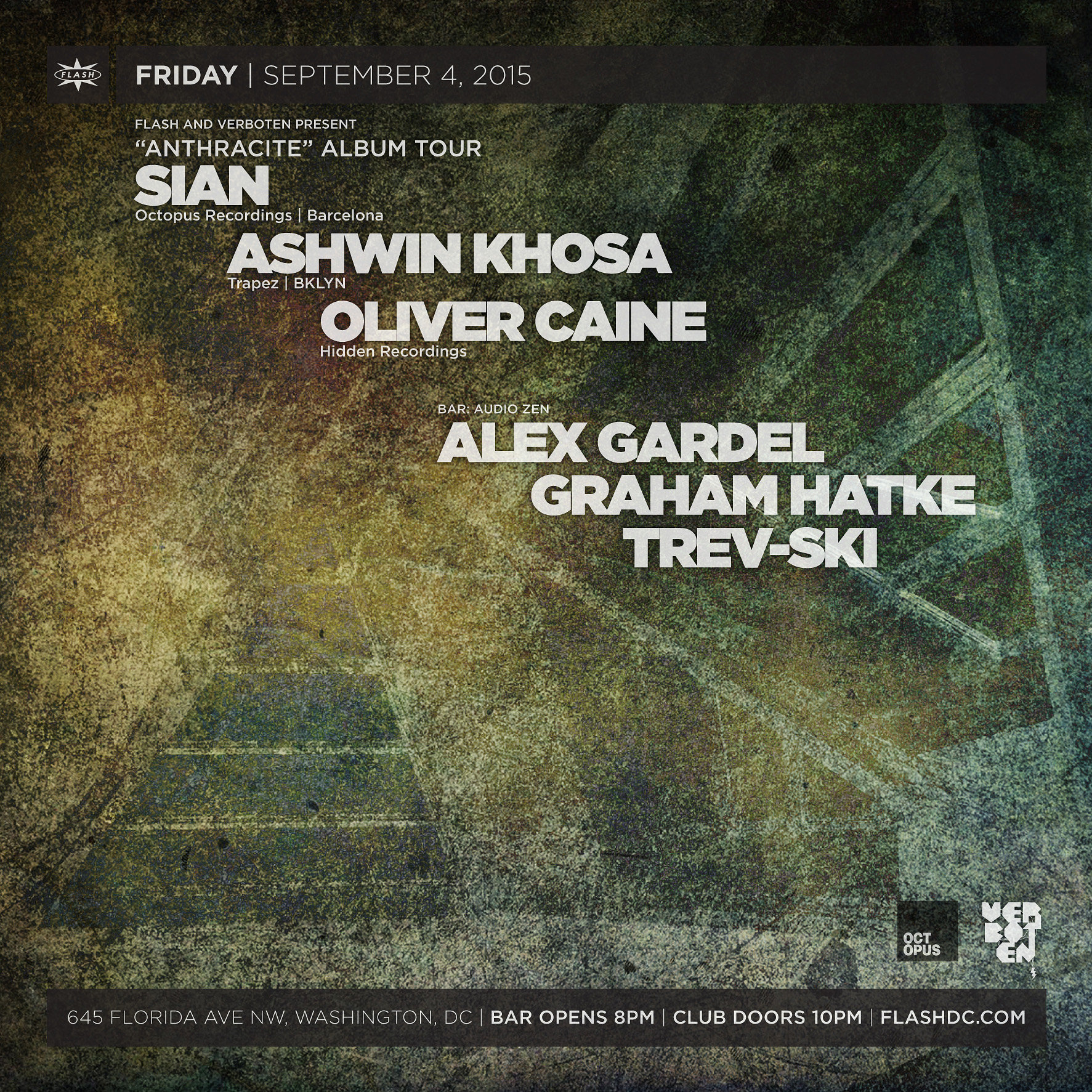 Classic modern techno is exactly what Sian and his label Octopus represent. When you have interests ranging from entomology, cosmology and marine biology, to the social impact of the rave generation, you tend to make unusual art. Sian stands out as a little more bohemian than the average electronic talent.

Born in Dublin, Ireland and raised in southern Spain, he chose early to drop out of normal society and engage in the extraordinary. Adhering more to the avant-garde side of club culture, his tracks show an otherworldly, slow and hypnotic slant on big speaker electronic music. Having quickly developed an oeuvre of work that appeared on stalwart labels like Soma, Pokerflat, Bedrock and Aus before starting his own imprint, he has been reworked along the way by talent like Steve Bug, Pan-Pot, Carlo Lio, Nicole Moudaber, Efdemin and Minilogue.

Whether conducting everlasting sweat soaked DJ sessions or creating timeless dance music, Sian is a truly diverse and original talent. At once chic and debonaire, but always intensely inventive. We look forward to an evening of high-energy, cutting-edge techno with Sian.